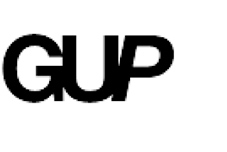 ON TOP OF THE WORLD:  AN INTERVIEW WITH KARIN APOLLONIA MÜLLER

Known for her images of hazy streets and solitary people in natural landscapes, Karin Apollonia Müller (b. 1963, Germany) photographs people’s disconnection to their surroundings. In the mid-1990s she moved to Los Angeles, a place that, in Müller’s eyes, shows disconnection like no other city. Her work is included in the collections of MoMA in New York and the IFA in Berlin, among many others. Last year, Nazraeli Press published her latest book, Timber Cove. In this interview, she speaks with GUP on loneliness, satisfying photography and climbing buildings.

We talk over the phone while she is dog-sitting at a friend’s house in Sonoma County, California. Müller photographed this area with its fallen down trees and mysterious morning fog for her series Timber Cove. She’s planning on photographing more while she’s there. “It’s good to hear a voice,” is the first thing she says when she picks up the phone. “It’s so remote here. To go shopping is already 48 miles”. She assures that it’s truly beautiful. “But,” she adds, “I feel very disconnected here and in fact I miss the internet.”

Portraying disconnectedness is Müller’s hallmark. She is described as a photographer that distances herself, physically and emotionally, from her subject. When she includes a person in a photograph, facial expressions are usually absent. We as viewers are not supposed to identify with the person in the picture. Her subjects often look lost, not accommodated for by the landscape. Whether it’s a person in uniform trying to direct the busy LA traffic, a man with a protruding belly in the middle of a cacti park or a shirtless man paving the beach in between empty beach stools.

Müller grew up on a boat on the Rhine river, where her father was a captain. “On that boat I saw the world floating by every day,” she remembers. “Different landscapes were passing by all the time. It made me feel rootless and restless as an adult. I didn’t dislike that feeling, it was just something I was experiencing and I didn’t see it expressed much. Usually you see people portrayed who belong in a certain landscape. I wanted to know more about people who are not connected to or rooted in their surrounding”.

She discovered photography while she was studying illustration and graphic design. During a class on photojournalism, the students got a 35mm camera that they were allowed to take outside of the classroom. A powerful experience for Müller. She switched to photography after two semesters and got her masters in photography. She didn’t become a graphic designer, but instead she started her working life as a photojournalist.

When she was on assignment in Los Angeles in the mid-1990s, she immediately ‘clicked’ with the city. “LA is a disaster as a city, but the place totally made sense to me. People seemed disconnected and lost. Just like me. I had my suitcase but I never really created a home. Like people in LA, I was rootless. I wanted to photograph that experience”. With this new plan she applied for a grant at DAAD, a German organisation for researchers and artists abroad, and she got it.

Soon she was photographing the streets of LA, with its innumerous neatly parked and driving cars, hazy mornings and the rectangular shapes of buildings. Characteristic of Müller’s photography is her bird’s eye-view. She usually photographs streets from above. This too seems to be connected to the boat she grew up on. “When I was a child my father built me a swing on our boat. I liked it a lot. On that swing I was on top of the world and I felt buoyant, without gravity”.

As a photographer, Müller still looks for high positions to take her photos from. “I like to go high to take a look from there. Taking pictures on the ground doesn’t make sense to me, because there isn’t any depth there. And also, I just want to see more of the earth”.

So she climbed buildings. With or without permission: “It was still before 9/11, so there was less security. But in LA there aren’t that many high buildings that you can visit. I usually entered buildings via parking lots and exit doors. In those days, exit doors were often open. I sneaked into hotels and pretended I was staying there. I made sure to say ‘hi’ to the receptionist. And then I went straight to the roof”.

There was only one time she had to ask someone for help. She tells the story with gusto, acting out the different voices in the dialogue: “There was this skyscraper, a luxury apartment in downtown. But it was secured by a guard. So I asked the guy if I could come in. I pretended to be a photography student, and that I wanted to take a picture from up there. ‘Absolutely not,’ he said. ‘You need permission, and it will probably cost you a thousand dollars’. This is Hollywood, you know. Then I waited for somebody to enter the building. The first person that came was this big black guy, and I asked him if he could pretend that I was his girlfriend. He said ‘yeah, sure’. He gave me a hug and we walked in, hand in hand. The security guy was really mad, but he couldn’t do anything”.

Her first series in LA, Angels in Fall, focused mostly on a single human figure in a landscape. In her second series On Edge another layer was added. While the solitary person was often still there, in this new series the landscape was falling apart somehow, or crumbling away. Müller explains: “From the early 2000s I saw all these disasters happen. A tsunami in India, Katrina in New Orleans, Fukoshima in Japan and other smaller disasters. They didn’t happen all at once of course, but to me it felt like they did. I wanted to photograph that feeling of things falling apart in my own surrounding. So I looked for the little disastrous moments that I encountered in the streets. People try to fix and hide these moments, but they’re there”. So, you see for example a house that’s being renovated and covered in a white cloth. With the wind blowing through it, the crumbling building becomes visible anyway. In another photo, workers are replacing an advertisement. Their figures are tiny in comparison to the enormous print.

For Müller, waiting for the moment to take a picture is crucial: “For a long time I only photographed in this specific light, when the haze is most apparent. I felt that a specific type of suffused light evoked something beyond what is visible – that it contained a kind of stillness and peace. This fog usually occurs during the early hours in the morning. But I also had to include a person. So that involved a lot of waiting. Sometimes it would take me half a year to take a photograph”. But she never asked a person to walk or act for her. Staged photography was unacceptable to Müller. A photo, no matter how unreal, had to be a real scene.

“If I have a plan for a photo, that isn’t so much an image in my head, but it’s a feeling in my head,” Müller explains. “I’m just so happy when I manage to capture that photo. It’s that moment when I take a photo and I get so excited that I took it. You feel enlightened and fulfilled. It’s kind of these moments when you photograph and feel like ‘THIS was the moment. This this this!’ That’s like a swing too, you can’t keep that moment, because the swing goes back to gravity. But you don’t really wanna go back to the earth anymore”.

At the moment she’s very down to earth. “Since I’ve been here in this forest, I have not produced a satisfying picture. I’m looking and thinking, so I’m working at least. I’m patient, but it’s hard”. Then she carefully formulates her vision of the future. And maybe this time it doesn’t include forests and solitude. “While I needed time the past years to go to nature and find some peace of mind, I could never be a pure landscape photographer. There always has to be something more going on. In fact, I think I’m ready to go back to the city”.

See more of Karin Apollonia Müller’s work in our online portfolio of her latest series Timber Cove. Angels in Fall is featured in the books section of GUP #37, the LA issue.