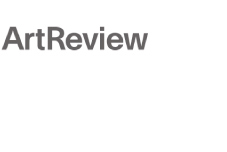 Helloelloellohere are two opposing critical interpretations of the aerial panorama. Looking at the earth from above is, on the one hand, a way to see patterns, systems or gestalts not visible at close quarters – the behaviour of crowds, for instance, or the geological growth of cities. This distanced perspective might also, conversely, be considered generalising, flattening and simplifying. From afar, everyone looks the same. People move like water or gas, and the built environment appears biological. Do these similes point to profound universal truths, or are they delusions? Personally, I lean towards the latter view.

Hellon Far Out, Karin Apollonia Müller convenes three series of large-scale photographs of the view from approximately 350 miles above the earth. High-resolution files from the Hubble Space Telescope are publicly available online, although, since the telescope captures images in a broader electromagnetic range than the human eye, the raw data must be creatively processed in order to achieve the marvelously colourful images of galaxies and star systems that are familiar to most of us from science museum postcards and calendars. Müller’s Worldlights and Citylights series depict a nocturnal planet earth, while the Starlights series (all works 2013), which begins the show, represents the farthest reaches of deep space.

It is hard to assess the extent of Müller’s postproduction in many of these images. Some, such as the admittedly beautiful Starlights #2 (all works 2013), seem straightforward – even generic – pictures of gaseous nebulae. Others, such as the roiling and lapidarian Starlights #4, are notable for their absence of stars, which the artist seems to have erased. Worldlights echoes these miasmic effects except, this time, the points of light picked out against deep blueblack voids are, one realises, cities and towns. The outline of Italy is recognisable, inverted and upside down, in Worldlights II. But the landmasses are not consistent with world geography, and it is clear that Müller has collaged a number of different images together, erasing borders and fusing nations. The photographs depict an existential homogeneity that only John Lennon dared imagine.

With the Citylights photographs, in addition to glowing cities and inky backgrounds, Müller has included landmasses in ultramarine blue. Australia and North and South America appear upside down, as, I suppose, they must sometimes be when seen from space. Müller’s technique is wilfully disorientating and distorting; this is not a geography lesson. The effect is to cast whole continents as ice floes adrift under moonlight. Cities become fragile pioneer settlements clinging to hostile shores.

How critical is Müller of the romantic fantasies that she spins around her appropriated scientific data? Certain images recall sentimental pictorial clichés about man’s courage when faced with awesome nature (the hunter in the snow, the cottage in the woods, the diver beside the whale, etc). One of the final works in the show, however, whisks back the curtain. The red Starlights #1 evokes a microscopic picture of blood vessels in the back of the eye. It returns us to the awareness that, in Müller’s photographs, we are looking at our own looking just as much as we are witnessing the wonders of the outer universe. That which seems furthest away is actually closest at hand.